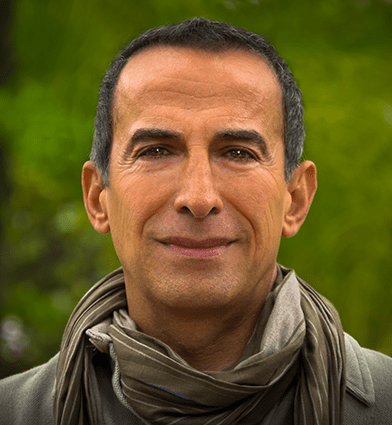 Did you know that ongoing inflammation is the root of virtually all chronic (long term) health conditions? It’s truly shocking that according to a 2005 CDC report, half of all adults in America had at least one chronic disease. But whether it’s pulmonary, neurological, or cardiovascular diseases, arthritis or cancer, chronic inflammation is the common culprit in all of these cases. So as not to mislead people, however, it must first be understood that inflammation is not always a bad thing. In fact, inflammation is a vital component of the body’s immune response to viruses, bacteria, and injuries. When the body is under such stress, proteins known as cytokines are released as a sort of alert system to signal immune cells, hormones, and nutrients to help attend to the situation. To understand better, think of a fever. When our bodies face an infection, our temperature is raised to help battle the pathogenic attackers that have entered our bodies. Acute (short term) inflammation, just like a fever, is a good thing. As inflammation lingers for longer periods of time, however, things become a bit trickier.

While acute inflammation is usually the result of a cut, sprain, or cold and lasts only a few days, chronic inflammation occurs in autoimmune diseases like asthma, rheumatoid arthritis, and Crohn’s disease. Basically, this persistent low grade inflammation occurs when the body sends an inflammatory response to a perceived threat that doesn’t require it. With no real threat in site, the white blood cells begin to attack our internal organs and tissues instead. This is the type of inflammation that we must avoid at all costs and treat promptly if it occurs. So let’s take a look at 5 of the most effective weapons in the war against inflammation.

1. Turmeric – A staple in Middle Eastern and Asian cooking, this radiant yellow spice contains the active ingredient curcumin, which is packed with anti-oxidant and anti-inflammatory properties. Curcumin is beneficial for all types of inflammation, but especially affective for arthritis, muscle sprains, and other injuries. Adding it to stews for taste and color or brewing a cup of turmeric tea are excellent ways to fight back against inflammation.

2. Ginger – Zingiber officinale, better known as Ginger is native to Southeastern Asia, but utilized by people of all cultures across the globe. Perhaps even healthier than it is tasty, Ginger contains extremely potent anti-inflammatory compounds called gingerols. So whether you add it to your stir fry, pickle it for a snack, or drink a cup of it for tea, this amazing herb works great to reduce inflammation and the pain associated with it.

3. Bromelain – Derived from pineapples, this protein digestive-enzyme is a great tool to speed up the recovery from injuries and relieve the pain and swelling of inflammation. It’s also very effective for people suffering from sinusitis, the painful inflammation of the sinus cavities. While it’s readily available as a supplement, the benefits of bromelain are also a great reason to indulge in one of nature’s most delicious tropical fruits, the pineapple!

4. Devil’ Claw – Devil’s claw is a species of plant native to southern Africa. It gets its name from the unique appearance of its fruit. It’s commonly used today in herbal medicine to treat arthritis, tendonitis, and aches in general; however, it has been used for centuries by the ancient Khoisan people of the Kalahari Desert as a painkiller and anti-inflammatory treatment.

5. Yucca – Not to be confused with the potato like starch “Yuca”, Yucca with two c’s is a medicinal plant whose extracts have excellent anti-arthritic and anti-inflammatory effects. Its anti-inflammatory activity stems from its polyphenolics and other stilbenes. Though yucca has been used for many years in herbal medicine, science is just beginning to catch up. In fact, many compounds taken from the yucca plant are being used in the manufacture of new drugs.
Before experimenting with any single herb, it should be understood that the key to maximizing the benefits you receive from herbs is in the amount of each herb used and its synergy with other herbs. Even though each herb has its own particular benefits, their effectiveness can be multiplied exponentially when combined synergistically with other herbs. This is essential in successful herbalism. Because of this, it’s extremely important to consult with an experienced nutritionist or herbalist prior to beginning any herbal supplementation.

Dr. Hoban has formulated a special proprietary blend of herbs called FLEXI LINX designed specifically to target inflammation of the muscles, joints, tendons, and cartilage, while supporting overall musculoskeletal wellness.
Please note that even though the herbs discussed above are generally regarded as safe, you should speak with your health care practitioner before taking any new supplements.

You can stay connected with us all the time.

Fill out this form, we will get back to you soon