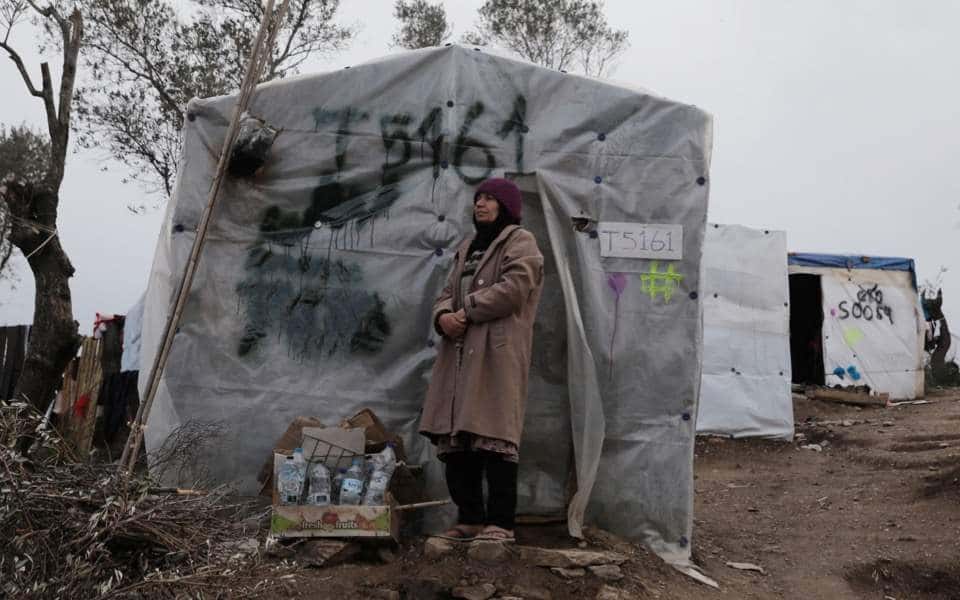 Empowering the women of Moria

On this International Women’s Day I’m thinking about the thousands of women at Moria who struggle every day against the odds to stay healthy, feed their children, keep their dignity and survive to see a better day.

For two weeks in February, I spent each day with a group of 10 women from Moria, who would travel to Mytilini for a project to help empower them with the digital skills to tell their own stories. The idea is not only to help them cope with their current situation through storytelling, but to learn a marketable skill they can use, once they have found a new home, in a new land.

Through the Azadi (“freedom”) Project, they recounted their harrowing experiences from childhood to Turkey; and from Turkey across the Aegean and over to Lesvos Island. Turkey serves as the border – both figuratively and practically – that separates their lives from what came before and what might come after. The stay in Turkey itself is the tragedy atop the original sorrow.

Woman after woman would tell of the humiliation they suffered at the hands of Turkish smugglers and border guards. The disempowerment they describe is gut wrenching. The game that’s played with their lives at every turn – by policies and politics playing out on the ground is maddening. The treatment of women as chattel all along the way is despicable. But still, they endure.

With unique detail, each experience told about the sorrows of living under conflict and war where opportunity was sparse and freedoms were few. Story after story was infused with disempowerment from an early age, being discounted by virtue of gender, clipped and demoted at every turn for being penniless, stateless, thoughtless or otherwise labeled in order to be held down, pushed back or shoved aside in their quest for a better future.

Emphatically, every migrant would tell of the expectation that Europe would welcome them into well appointed cities of law and order, kind people smiling back at new arrivals and opportunities for education and forward advancement. There were tears strewn over the idea that children would be in schools, sons would have work and homes with front doors and running water would restore the dignity that was lost along the exodus.

Today, while the world is again awakened to the images of refugees being battered and battoned as they flee conflict and surge toward safety, we have an opportunity to look soberly at the conditions that perpetuate the flow of desperate people across perilous pathways around the globe. We are one world. What we allow or enable in one place has reverberations in another.

When we watch a brutal war go unchecked for nearly a decade in one spot, we will see its fallout in another – with millions of Syrians running for cover. If we allow a nation to be racked by conflict for almost half a century, with nations taking a hand at supremacy while disabling civil infrastructure – we will find generations of Afghans in flight looking for stability. When we accept the idea that we can look away, then we own the crisis at both ends and should at least stop looking down upon the people we’ve turned into refugees.

“We” are responsible nations with populations that have a voice. It is our civilian voice that’s missing – imploring our leaders to treat people with fundamental fairness.

Today, I want to keep the focus on my friends from Moria. A 14-year-old is pegged inside a tent she shares with seven other families. She falls asleep with dusk and rises with the dawn because there is no electricity. She dreams of playing the guitar but has no resources with which to learn. There is a 19-year-old who is alone. She was a minor when she arrived, but no longer, and she is scared of what the future might hold with no language skills and no work skills other than the carpet weaving she has done since she was 7.

There is a 25-year-old who has been so severely violated along the way that she can only dream of being empowered enough one day to reach back and help other women in her position. There’s a 34-year-old who discovered only a few years ago that she deserves to live with love and not the expectation of being beaten or threatened. There is a young woman with a daughter she can’t keep warm, an old woman with a daughter she can’t educate and there is everything in between at Moria.

They all want you to know that although they are tired and hurt, they are undefeatable and proud. They are people, while they are labeled as refugees, and they hope to abandon this label as they look ahead to normal lives, with safety, stability, mobility and a home with a front door to call their own.

Maryam Zar was appointed to the US-based LA City Commission on the Status of Women and is chair of the Westside Regional Alliance of Councils and founder of Womenfound.