This section is dedicated to some of the most powerful women of Persia that never received the historical recognition they deserve due to passage of time and accidents of history. Women in Persia were very honored and revered, they often held very important & influential positions in the Courthouse, Ministries, Military, State and Treasury Department, and other official administrations. The significant role of women in Ancient Persia both horrified and fascinated the ancient Greek and Roman male-dominated societies. The fortification tablets at the Ruins of Persepolis also reveals that men and women were represented in identical professions and that they received equal payments as skilled laborers and that gender was not a criterion at all (unlike our modern world). New mothers and pregnant women even received wages far above those of their male co-workers in order to show appreciation. Women enjoyed a high level of gender equality before the imposition of the dark, backward, and pernicious Abrahamic ideologies (Judaism, Christianity, and especially Islam) after the barbaric Arab invasion upon Persia which destroyed our Equal rights, Freedom of speech and Freedom of religion and replaced those factors with central primitive brutal government, prejudice and slavery. There is much evidence that the principles of Zoroastrianism lay the core foundation to the first Declaration of Human Rights in the Persian Empire set by Cyrus the Great since the rulers of Persia were Zoroastrians and relatively liberal and progressive.

Persian women held more power than what our perception of history gives them credit for in the ancient world. It is essential for Women to know and understand their glorious history of the past, because without it, they will not be able to plant their place in the future. Our so called civilized modern world still has a long way to go in terms of gender equality. Freedom & Equality does not come free and no one will ever deliver it to us in a silver platter. We must build relationships that are unimpeded by gender-based distinctions and discrimination. 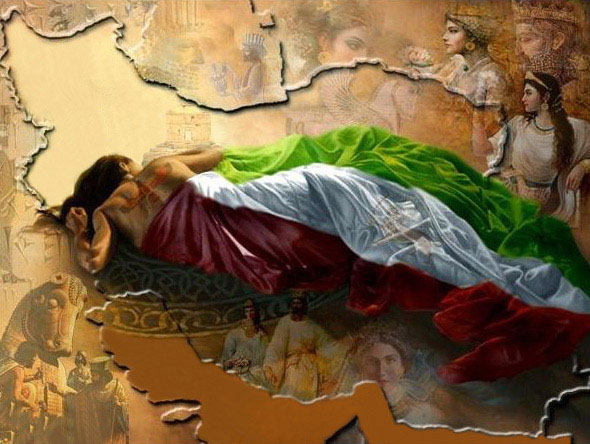 The historical events below are arranged in chronological date order: (oldest to newest).

Mandana (Mandane) was a Median princess, daughter of the mighty King Astyages and later, the Queen consort of Cambyses of Anshan and mother of Cyrus the Great, (ruler of Persia’s Achaemenid Dynasty and the writer of the first declaration of human rights, named: Cyrus Cylinder). Queen Mandana is a central character in legends describing Cyrus the great’s early years. According to ancient greek historian Herodotus, after the birth of Cyrus, King Astyages had a strange dream that his Magi  (Court Magician) interpreted as a sign that his grandson would eventually overthrow him. He then ordered his steward Harpagus to get rid of the boy. Harpagus, morally unable to do so hid the child with a shepherd named Mitridates. Cyrus grew up without knowing that he came from a Royal Bloodline. According to this legend, Cyrus would eventually defy his grandfather, King Astyages, leading to a great war between them; as the dream had forecast. There are references to Mandana’s death as 559 B.C.E. in the history books. King Darius the Great named his daughter Mandana after her. 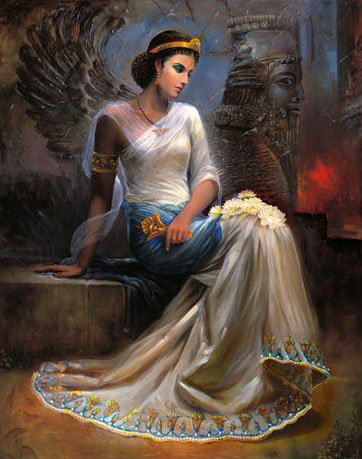 The Declaration of Human Rights written by Cyrus the Great has been hailed as the first charter of human rights, predating the Magna Carta  by nearly two millenniums (~1700 years) and in 1971 the United Nations was published translation of it in all the official U.N. languages. It is now kept in the British Museum and it is no exaggeration to say that it is one of the most precious historical records of the world. Also a replica of the Cyrus Charter of Human Rights is kept at the United Nations Headquarters in New York.

The son of Mandana: King of the Kings, Emperor Cyrus the Great of Persia

Ruins of Persepolis: Eagle-Headed Griffin with a body of a Lion Guarding the Entrance