(CNN)NASA astronauts Jessica Meir and Christina Koch conducted the first all-female spacewalk outside of the International Space Station. The spacewalk officially began at 7:38 a.m. ET and lasted for seven hours and 17 minutes, ending at 2:55 p.m. ET. The spacewalk went well, according to both astronauts, and they were even able to accomplish some get-ahead tasks on the station.

This was the fourth spacewalk for Koch and the first for Meir. Based on their position on the platform, the astronauts were able to see the Earth pass beneath their feet.
Upon watching the spacewalk begin, NASA astronaut Tracy Dyson said she hopes this is just the first all-female spacewalk and that it becomes a normal occurrence.
The first woman to conduct a spacewalk was Russian cosmonaut Svetlana Savitskaya in 1984, followed closely by NASA astronaut Kathy Sullivan. An additional 12 US women have conducted 40 spacewalks over the past 35 years. Koch and Meir were the 13th and 14th, respectively. 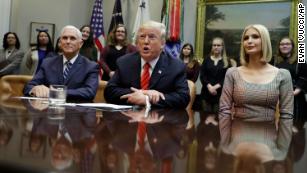 Trump calls NASA astronauts in space on first all-female spacewalk
The astronauts received a call from the White House during their spacewalk.
“The job that you do is incredible,” President Donald Trump told them. “I’m thrilled to be speaking with two brave American astronauts making history. This is the first time for a woman outside of the space station. I just want to congratulate you, you’re very brave people. You are amazing people.”

“You’re doing an incredible job,” says @POTUS to @Astro_Christina and @Astro_Jessica during today’s #AllWomanSpacewalk. Tune in to watch history in the making: https://twitter.com/i/broadcasts/1vOxwapRAMoGB … 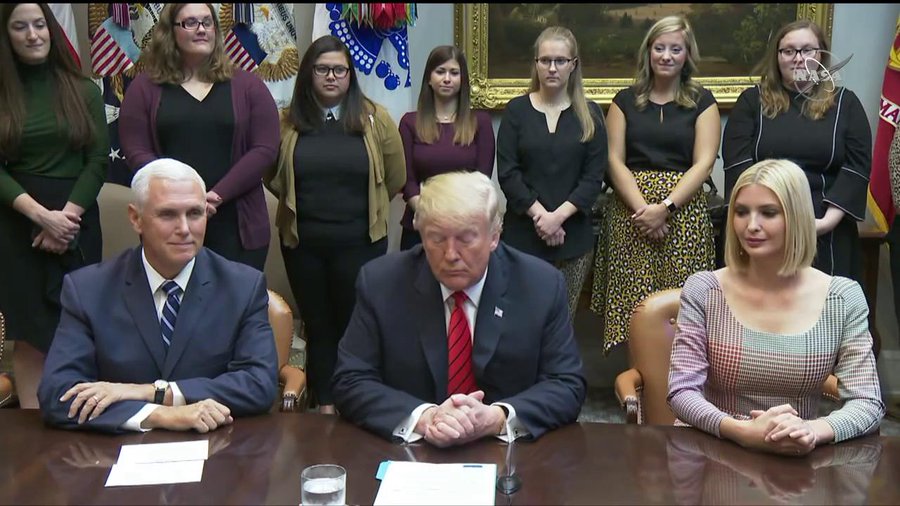 14.6K people are talking about this
Meir clarified that it was the first all-female spacewalk, since other female astronauts have spacewalked before.
“It’s really interesting for us,” Meir said. “This is just us doing our job. We’ve been training for six years, so it’s coming up here and doing our job. At the same time, we recognize that it is a historic achievement and we want to give credit to the women who came before us. We have followed in their footsteps to get where are today.”
Koch and Meir spoke about women working in human spaceflight during a recent news conference. 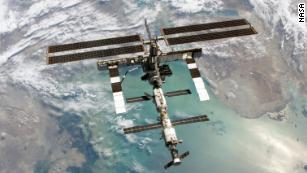 What’s it like to live on the International Space Station?
“I think it’s important because of the historical nature of what we’re doing and that in the past, women haven’t always been at the table,” Koch said. “It’s wonderful to be contributing to human spaceflight at a time when all contributions are being accepted, when everyone has a role and that can lead, in turn, to increased chance for success.
“There are a lot of people that derive motivation from inspiring stories from people that look like them and I think it’s an important aspect of the story to tell,” Koch said. 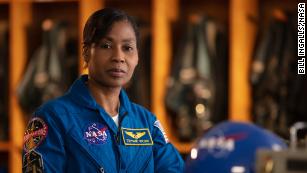 Astronaut Stephanie Wilson is the voice of Mission Control for the all-female spacewalk
“What we’re doing now shows all the work that went in for the decades prior, all of the women that worked to get us where we are today,” Meir added. “I think the nice thing for us is we don’t even really think about it on a daily basis, it’s just normal. We’re part of the team, we’re doing this work as an efficient team working together with everybody else, so it’s really nice to see how far that we’ve come.”
Fellow NASA astronaut Drew Morgan, also currently on the station, tweeted in support of Koch and Meir during the walk.
“So proud of my astrosisters @Astro_Christina and @Astro_Jessica! We’ve been training together since our selection in 2013, and now they’re out on a history-making spacewalk! #AllWomanSpacewalk”

So proud of my astrosisters @Astro_Christina and @Astro_Jessica! We’ve been training together since our selection in 2013, and now they’re out on a history-making spacewalk! #AllWomanSpacewalk 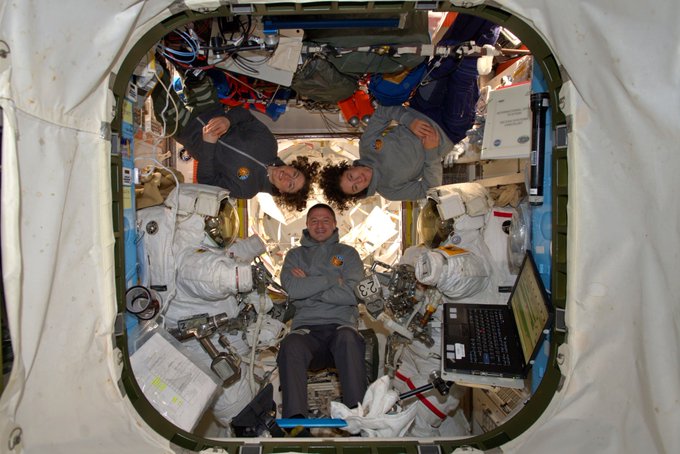 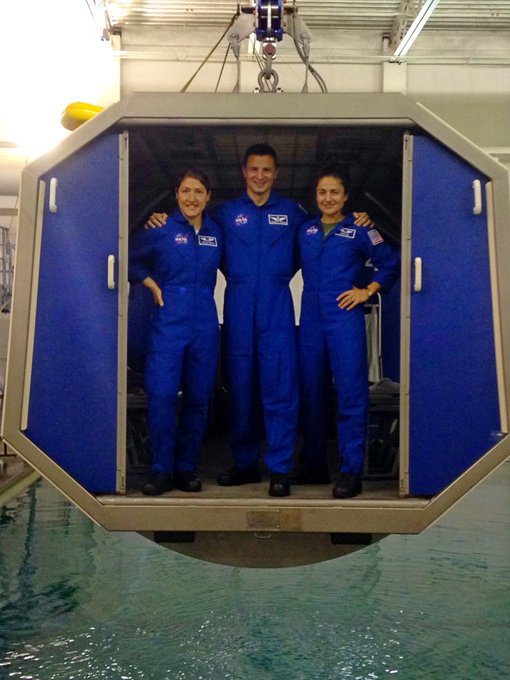 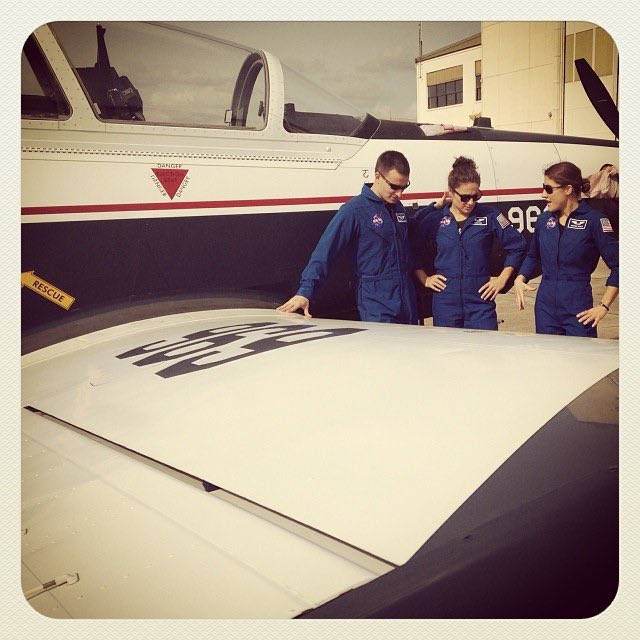 720 people are talking about this
NASA Administrator Jim Bridenstine also highlighted the importance of the spacewalk in a Tweet. “Thank you @RepKendraHorn, @RepLawrence, @RepGraceMeng, @Robert_Aderholt, @RepPerlmutter, @RepHaleyStevens & @RepMarcyKaptur for joining me for the #AllWomanSpacewalk. Today’s achievement paves the way for our #Artemis program that will send the first woman to the Moon in 2024!”

Both Koch and Meir are Girl Scouts alum and the Girl Scouts celebrated them by sharing messages of support on Twitter.

During today’s #AllWomanSpacewalk, @GirlsScouts shared well wishes for @Astro_Christina & @Astro_Jessica, both of whom are #GirlScouts alum. Tune in to watch these spacewalkers wrap up today’s excursion outside of the @Space_Station: https://twitter.com/i/broadcasts/1vOxwapRAMoGB … 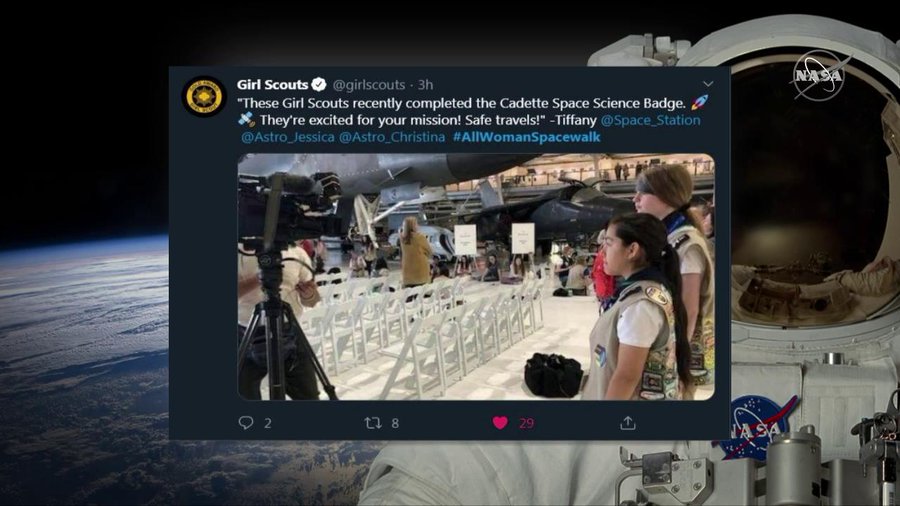 Koch and Meir replaced a faulty battery charge/discharge unit that failed to activate after a spacewalk on October 11, according to the agency. Because the unit faltered, it kept newly installed batteries from providing an increase in power to the station.
The space station is powered by solar arrays and four sets of batteries. Luckily, the faulty unit hasn’t changed anything for the astronauts or experiments on board. The unit regulates the charge in the batteries from the solar arrays as the station orbits at night around the Earth.
Now that the unit is replaced, postponed spacewalks to replace the batteries can be rescheduled.
Although floating in space looks easy, astronauts say that spacewalks are one of the most physically challenging things they can do, according to NASA.
This is the second attempt at an all-female spacewalk after the first was scrapped in March.
For the intended spacewalk in March, Koch was going to be paired with astronaut Anne McClain, who has since returned to Earth. In March, NASA cited spacesuit availability as the reason for scrapping the walk. McClain herself made the decision and the teams supported her, Koch said.
“We do our best to anticipate the spacesuit sizes that each astronaut will need, based on the spacesuit size they wore in training on the ground, and in some cases (including Anne McClain’s) astronauts train in multiple sizes,” Brandi Dean with NASA’s public affairs office told CNN in March.
“However, individuals’ sizing needs may change when they are on orbit, in response to the changes living in microgravity can bring about in a body,” Dean said. “In addition, no one training environment can fully simulate performing a spacewalk in microgravity, and an individual may find that their sizing preferences change in space.” 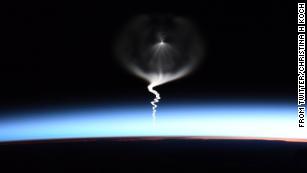 Astronaut takes stunning picture of her best friend launching into space
Koch conducted the spacewalk with fellow astronaut Nick Hague instead of McClain.
When asked about spacesuit availability this time around, Koch said there are currently two medium spacesuits on board. After the first all-female plan was shifted, Koch configured the second spacesuit herself using what was available on board.
She and Meir have trained in medium-sized suits for the past six years. 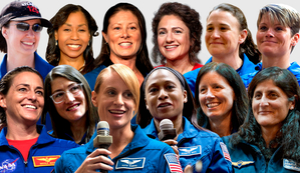 One of these 12 female astronauts will go to the moon
Koch arrived on the International Space Station on March 14 for her first spaceflight mission. She is set to remain on the station until February 2020, which will make her time on the station the longest single spaceflight by a woman.
Koch’s mission will surpass that of Peggy Whitson, who spent 288 consecutive days in space, and end up just shy of the longest single spaceflight by a NASA astronaut: 340 days, set by Scott Kelly.
Meir arrived on the space station for her first mission at the beginning of October. She shared an image of her hugging Koch after arriving. 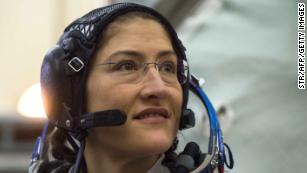 Christina Koch aims for record for longest spaceflight by a woman
“This is how it feels when in addition to your childhood dream being fulfilled by arriving to @Space_Station, you’re greeted by your Astro-brothers and sisters on the other side of the hatch,” Meir said in her tweet.

This is how it feels when in addition to your childhood dream being fulfilled by arriving to @Space_Station, you’re greeted by your Astro-brothers and sisters on the other side of the hatch. 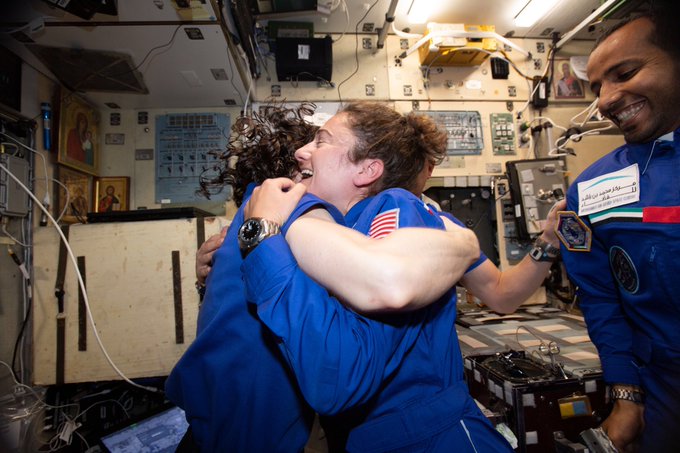 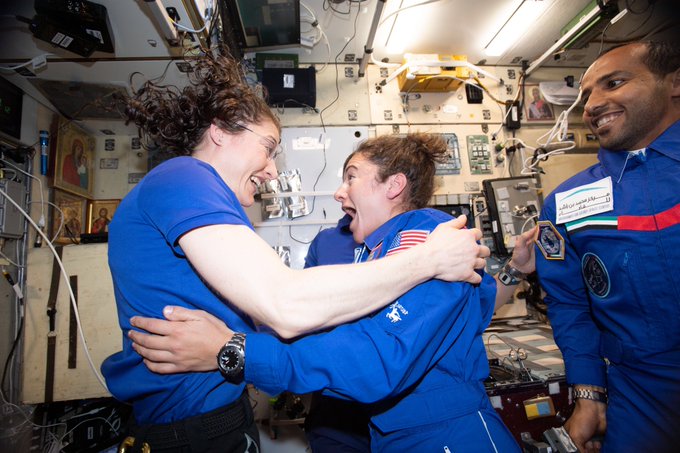 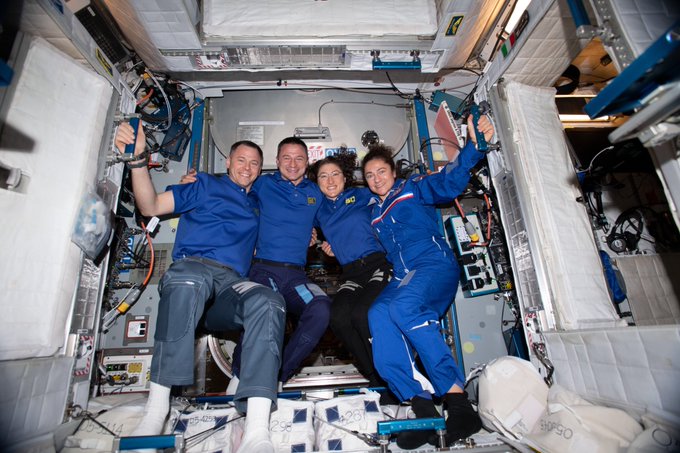 She and Koch have trained together for the past six years because they’re members of the same astronaut class. Meir is set to spend more than six months on board the station.
The upcoming spacewalks will help replace solar array batteries and upgrade them to lithium-ion batteries, as well as refurbish the Alpha Magnetic Spectrometer, a scientific instrument “that explores the fundamental nature of the universe,” according to NASA.
Previous Post
Next Posts