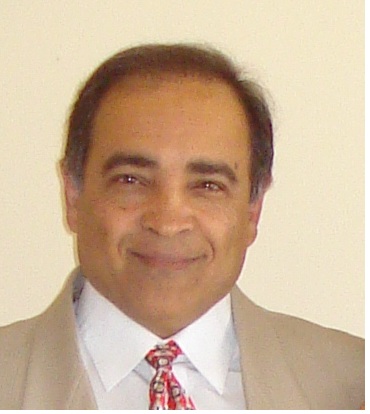 Persian Culture as a Productive Source of Success

By: k. e. Mehrfar
In 1994, almost 26 years ago at the height of the usage of an international buzzword namely “Global Village” which in fact had been coined decades earlier in the 50’s, I wrote an article titled ‘Global Village or Islands of Isolation’. Little I knew that it will be reprinted hundreds of time in various press publications & online. What attracted so many people to this brief 3 page article was not me or my writing which was & still is unskilled, amateur & elementary but the simple concept presented in that article & the metaphor of “Islands of Isolation” analogy that I had used.

The gist of that 3 page article was that although technology & in particular telecommunication technology had started to bring people closer together & (little we knew then about cell phones making the world available in the palm of our hands) but the fact that if technology as an enabler is not employed properly to make life better for all, it can divide us further pending on our own upbringing & the specific Culture we were born into. We clearly see what started as “Globalism” decades ago in early to mid 20th century has in fact leveled the economical borders in major regions of the world with the creation of IMF, WB & central banks such as the Fed with one international monetary note of U.S. Dollar & also geographical borders such as EU & NAFTA & now the Silk Road by Chinese & as far as international trades are concerned. However we unfortunately have not seen much progress been made in the life of ordinary people & the gaps between “have’s” & ‘Have Not” has drastically increased, from local, regional, national & international vantage points between the nations in the 1st, 2nd & 3rd & 4th countries of the world. The sad & unfortunate displacements of millions of people & their families in the last 2 decades due to wars & economical hardships is just one bitter example among many which may need more attention to find the root and cure the cause not the symptoms. Hence going couple of centuries back in time.

In his masterpiece of its time in 1776, ‘The Wealth of Nations’, which quickly became a blueprint guideline for Capitalism, Adam Smith argues that the backbone of wealth of a country & the reason that some countries have & continue to have more purchase power & their nation has more wealth per capita is related to its Gross Domestic Product & its economy. This logic was acceptable during his time coinciding with industrial revolution & “machining” of our lives in both agricultural & industrial economy of his time. However, in our era of post industrial revolution & the age of information revolution leading to the era of A/I, machine deep learning, Androids & genetic revolutions, perhaps we need not “The Wealth of Nations”, but what I am introducing here for the first time with a book under publication, ‘Health of a Nation’ & that brings me to the main topic of this simple article, namely “Culture”.

While economy is absolutely crucial in success of any nations, its underlying fundamental & what I think Smith neglected to mention is ‘How that economy is run & by Who’. Both of these 2 keywords of How & Who have dependencies on authorities in charge & those at the helm of national policy making pyramid & that by itself is deeply rooted on their individual & collective Characters & that vital character itself is deeply rooted in their upbringing since their childhood regardless of which religion they were born into & what race or ethnicity they belong to. It all points to one basic fundamental pillar of success or failure & that is “Culture”.

Hence, ‘Health of a Nation’ is directly dependent on its Culture. And the measure of Health here is not just economical success as Smith has argued, though that is one part of the whole, but how happy a nation is, how much satisfaction of their daily lives each member of that nation enjoys when he/she gets home from work. How much they Trust their Nation’s leaders. What is the life expectancy for an average individual of that nation & several other quantitative & qualitative factors for a total of 24 factors.

When we talk about Culture, we mean specifically each nations’ culture which may have some commonality with other nations but fundamentally differs. One simple example is language, which itself is one of many elements creating “A Culture”. Also worth noting that, loving one’s Culture does not mean to dislike other cultures. In fact, our human society is like a beautiful garden with many diverse flowers in each corner. Each of these colorful & beautiful flowers are in fact a unique & specific Culture, all wonderful & all respectful with no one better than the other. However, if one simply looks around, one sees that there are so many rich nations (in terms of natural resources) whose people live in misery & poverty. At the same time, there are nations poor in natural resources whose people enjoy good life in comfort & hope for the future. This one simple global observation which is backed by factual evidence proves that natural resources although critical can not & will not lead to a healthy & happy Nation. What does, is How it is been handled & Who is in charge of managing them, Hence the education they received in that “Culture” since childhood in home & in society.

Are we a nation of honesty, decency & respect for Law. Are we after our collective success as a Nation where we all gain or we are after self indulgence & personal gain at the mercy of our collective success. These are some of the main points of a critical discussion all deeply rooted in Culture, that need to be openly talked about & addressed if we all want to succeed in having a respectful healthy Nation worthy of our Persian Culture where we all collectively win. 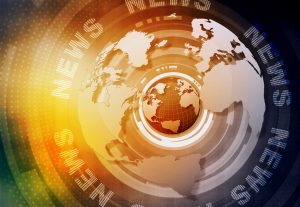