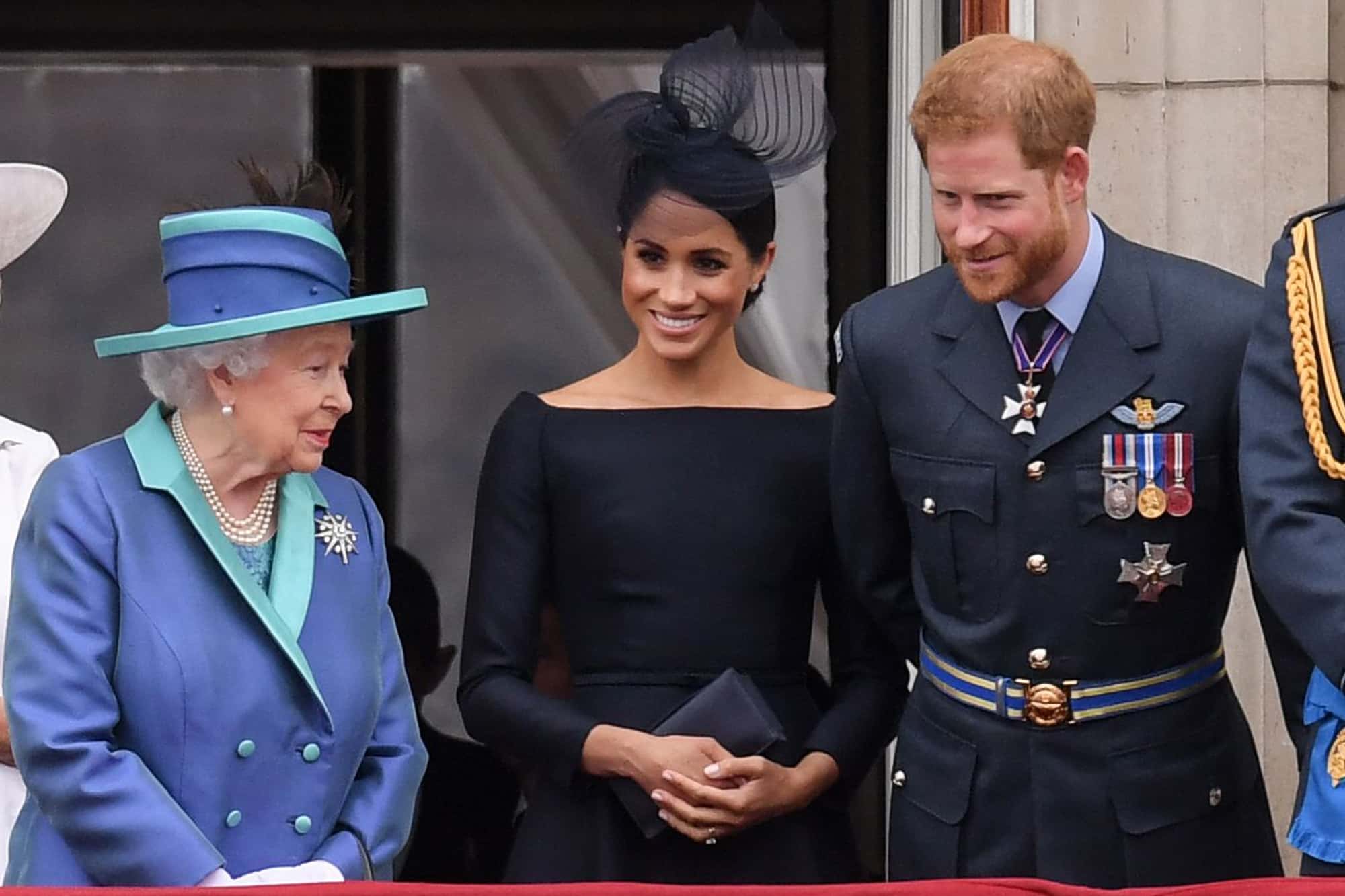 The royal family summit in Sandringham to discuss Prince Harry and Meghan Markle’s decision to step down as senior royals came to an end after a two-and-a-half-hour discussion.

The royal family’s summit in Sandringham on Monday to discuss Prince Harry and Meghan Markle’s decision to step down as senior royals came to an end after a two-and-a-half-hour discussion.

“Today my family had very constructive discussions on the future of my grandson and his family,” the Queen said in a statement.

“My family and I are entirely supportive of Harry and Meghan’s desire to create a new life as a young family,” she continued. “Although we would have preferred them to remain full-time working Members of the Royal Family, we respect and understand their wish to live a more independent life as a family while remaining a valued part of my family.

“Harry and Meghan have made clear that they do not want to be reliant on public funds in their new lives.

“It has therefore been agreed that there will be a period of transition in which the Sussexes will spend time in Canada and the UK.

“These are complex matters for my family to resolve, and there is some more work to be done, but I have asked for final decisions to be reached in the coming days.”

Palace sources told PEOPLE that the Queen ordered Harry, Prince William and Prince Charles to meet at her country home on Monday in order to “talk things through” with Meghan calling in from Canada.

A source said it was likely the Duchess of Sussex would participate in the discussion on Monday via phone, as she recently returned to Vancouver Island, Canada, where she and Harry spent the holidays together with their son Archie.

Harry, 35, and Meghan, 38, shocked the world with their decision to “step back as ‘senior’ members of the Royal Family” last week. They revealed their plans to “carve out a progressive new role within this institution,” they wrote in a statement on Instagram.

The unprecedented family summit follows a series of emergency discussions across the last few days and raises the prospect that a solution is in sight that will work for the Sussexes and the royal family.

“There is a range of possibilities for the family to review which take into account the thinking the Sussexes outlined earlier in the week,” the source said.

“As we have said previously, making a change to the working life and role of the monarchy for the Duke and Duchess of Sussex requires complex and thoughtful discussions. Next steps will be agreed at the meeting,” the source shared. “The request for this to be resolved ‘at pace’ is still Her Majesty’s wish. The aim remains days not weeks. There is genuine agreement and understanding that any decision will take time to be implemented.”

The meeting was the first time they had all been together since Remembrance Day weekend in November.

The previous discussions that have been taking place between the households of the Queen, Charles, William and Harry and Meghan have also involved the U.K. and Canadian governments.

“There is a range of possibilities for the family to review,” the source reiterated.

The Duke of Sussex‘s close friend JJ Chalmers has said the royal made the decision in order to “protect his family.”

“He’s less the captain in the army I knew, and he’s more a father,” JJ Chalmers, who met Harry while they were both serving in the military, said during an appearance on the UK show The One Show on Friday.

“And I think the decision that he has made, at the forefront of that is to protect his family, because that’s the number one rule is to be a father and to be a husband,” Chalmers added, noting that tensions with the media also played a role.

The couple’s friend Tom Bradby has warned that should a suitable solution not be reached, the royal couple could give a “no-holds-barred interview.”

“I have some idea of what might be aired in a full, no-holds-barred sit down interview and I don’t think it would be pretty,” Brady, a journalist who toured southern Africa with the royal couple for the emotional ITV documentaryHarry & Meghan: An African Journey, wrote for The Sunday Times.

Shortly after palace insiders denied claims that Harry and Meghan were being “driven out” of royal life,

Harry and William released a statement denying a U.K. newspaper’s story that the rift between the brothers was allegedly caused by William’s “bullying.”
In a joint statement obtained by PEOPLE, Harry, 35, and William, 37, insisted that the story, which was run by the Times of London, was false.

“Despite clear denials, a false story ran in a U.K. newspaper today speculating about the relationship between The Duke of Sussex and The Duke of Cambridge,” the statement said.
“For brothers who care so deeply about the issues surrounding mental health, the use of inflammatory language in this way is offensive and potentially harmful,” it continued.

William has also privately expressed “sadness” over the distance that has grown between him and his brother.

“I’ve put my arm around my brother all our lives and I can’t do that any more; we’re separate entities,” William told a friend, according to The Sunday Times.

However, the royal also hopes the rift can be repaired in time.

“All we can do, and all I can do, is try and support them and hope that the time comes when we’re all singing from the same page. I want everyone to play on the team,” he said, according to the friend.